The architecture of the walled city of Lahore represents the glimpse of the rich cultural heritage and its amazing ability of uniqueness. The Lahore has become the residence of the Mughals, Sikhs, British rule, so it represents the cultural values of all these dynasties. Just like this, the architect done by them on the infrastructure and on the buildings and monuments display the style of each empire or raj.

These buildings are the mixture of Western and Islamic designs which made it even more interesting and eye-catching. There are some newer building which has different architecture and newer designs. The main and important thing about the architecture of the walled city of Lahore is that not inspiring with the Western culture but also having the statements in it, which is always appreciated by the viewer and it holds their attention. 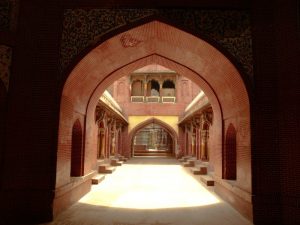 Gates of Walled City of Lahore