Lahore is known for its rich cultural, heritage and centuries old historical buildings. There is another modern side of Lahore, which is progressive and to meet the needs of todays’ transportation and infrastructure, Lahore’s new Airport know as Allama Iqbal International Airport Terminal building is one such example. Once known as Lahore International Airport located at eastern side of Lahore City at Airport Road. It is the second largest and busiest civil airport after Jinnah International Airport, Karachi in Pakistan which is serving Lahore and vast number of travelers from the Punjab Province.

Airport was originally known as Lahore International Airport but was renamed after Allama Iqbal-the great national poet.  It was inaugurated in 1962 at the time of Pakistan’s Independence when Walton Airport was not getting handled rightly by Walton then the Government of Pakistan decided to build a new Airport that opened gates to the whole world. As the time passed, the appeal for the newly build airport increased and the government had to build a new Airport to accommodate all basic facilities for travellers. A new terminal was inaugurated in March 2003 by General Pervaiz Musharraf. After that it became second largest international airport of Pakistan. All the flights were shifted to new Airport and the old Airport was handed over to Military. However, it was later reclaimed by the government from military and was built into a Hajj Terminal.  In 2008, the basic aircraft line maintenance was provided by Etihad Airways including hydraulic structural and instrument checks. All the fuel services are provided by Pakistan Fuel State to all airlines flying out of the airport. And all the flight information is available in the lounges by the FIDS systems. Also there is the facility of Mosque outside the Airport located left side of terminal building. Other facilities included are restaurants, Cafes, ice-cream parlors, shops, Book Stores and toy shops and a souvenir shop. There are many flat screen televisions that show live flight times in the both Urdu and English Languages. All routes to the airport are well maintained and labeled for convenience of the people.

Bank facilities are also available in Airport as many banks have its branches in airport including Askari Bank Ltd, Standard Chartered Bank, United Bank Ltd, and also the international bank for the foreign passengers. ATM facilities have also been introduced by Habib Bank and MCB Bank Ltd. Best First Aid medical facilities are also provided to passengers of all airlines. There are separate men’s and women’s prayer rooms in both domestic and international lounges. Rescue and Fire Fighting services are also available.

Allama Iqbal International Airport includes seven Air bridges that port onto the aircraft during departure and arrival time at the terminal. Also remote parking facility is also available for the passenger’s families. Two parallel runways are also available to accommodate all transport.

Prime Minister of Pakistan approved expansion plan in a meeting with Civil Aviation Authority (CAA) Officials, to expand terminal building and Parking Area on Friday August 2, to accommodate large number of passengers. The government decided to build and expand world class airport to meet the growing needs for the future and improve the facilities for its passengers. According to the paln, the terminal capacity will increase from 7 to 22 hangers. This project of CCA will increase the annual passenger capacity of Allama Iqbal International Airport from 6 million to 20 million that would help to accommodate passengers for next several years.  The design of new build Airport is inspired from National Flower, Jasmine. The construction had already been started in August.  The current parking area will be transformed to arrival and departure lounges. The existing terminal building will not be demolished but will be extended. The expansion will also affect the nearby road networks for improved traffic plans. So it is trying to meet those standards and is better than many of international airports.

You can discover more historic places of Lahore city on Locally Lahore. Locally Lahore is a must have App, which allows you to explore Lahore and it covers up all point of interest. It gives you information about latest events and happenings in Lahore. 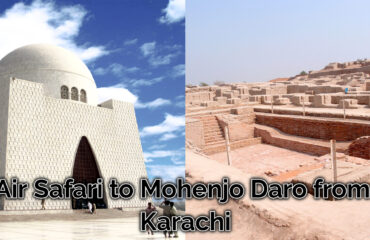 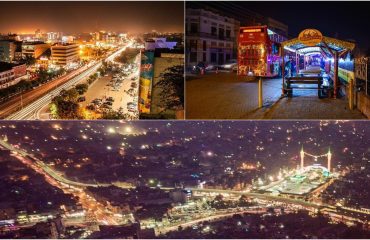 The Magical City Lahore at Night