Bradlaugh Hall Built in the late 19th century on Rattigan Road Lahore, it was once the National college. This historic hall had hosted to almost all the notable leadership of India, particularly for political figures in Punjab. The hall has been associated with Charles Bradlaugh a British political activist and member of parliament and he was a great supporter of independent India. Charles Bradlaugh was one of the notable liberals and freethinkers of Victorian England, and he was an early advocate for women’s right to vote. The building of the hall has designed with British architectural elements but by keeping with local climatic, requirements in view. Surendar Nath Banerji, one of the earliest Indian political leaders had inaugurated the hall on October 30, 1900. The Building that hosted great names of India Bradlaugh hall that played a central role in the independence of Indian sub-continent, for almost half a century but this place saw a complete turn of fate after the creation of Pakistan. Irrespective of clan, creed or even political ideologies, the hall was famous for the meetings of all communities including Muslims, Hindus and Sikhs, they would organize political sessions, used to give receptions to visiting leaders in the city, and hold well famed literary sittings of that time, those called mushairas. Building designed seems to be inspired by Victorian architecture

Notable those had visited that momentous place and attended meetings over there, are included, Allama Muhammad Iqbal, Maulana Zafar Ali Khan, Dr Muhammad Ashraf, Mian Ifthikhar uddin and Malik Barkat Ali,  Bhagat Singh, Jawaharlal Nehru, Lala Lajpat Rai, are among the stalwarts of freedom who frequently visited and gave speeches at the Bradlaugh Hall. As part of Gandhi’s non-cooperation movement, Lala Lajpat Rai founded the National College inside this hall to impart quality education to the Indians, who did not want to join British institutions.

After independence the hall was reopened and used as technical educational institute, the Milli Technical Education Institute. A fall from its magnificent era and a reflection of the priorities of the new state started just after few years. Later, a dispute between the directors of the Institute emerged and one took possession of the hall and rented it out to private academies. It had served as Technical Institute after partition

The Evacuee Trust Property Board seized possession of the building claiming to be the legal owners of that property. Today, the structure is totally a sad sight. The main door has locked and side windows remain open but there was nothing to see inside. The stage, on which freedom fighters sang the lyrics of independence and free land, is just rotten place. The hall now belongs to a government organization which is responsible for maintaining properties abandoned by non-Muslims during Partition. Before being taken over by ETPB, it had been served as a storeroom of a steel mill however it has been closed since 2009. Broken windows are waiting for attention A fall of history

You can discover more Historical Places of Lahore city on Locally Lahore. Locally Lahore is a must have App, which allows you to explore Lahore and it covers up all point of interest. It gives you information about latest events and happenings in Lahore. 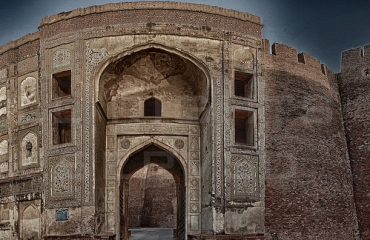 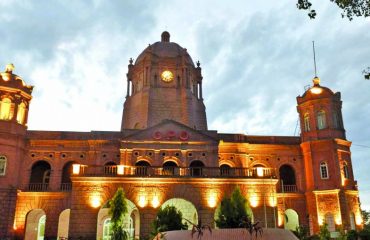 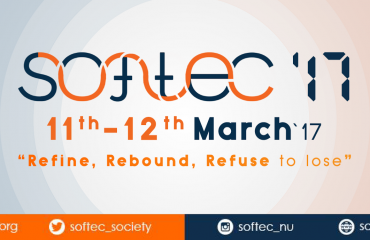