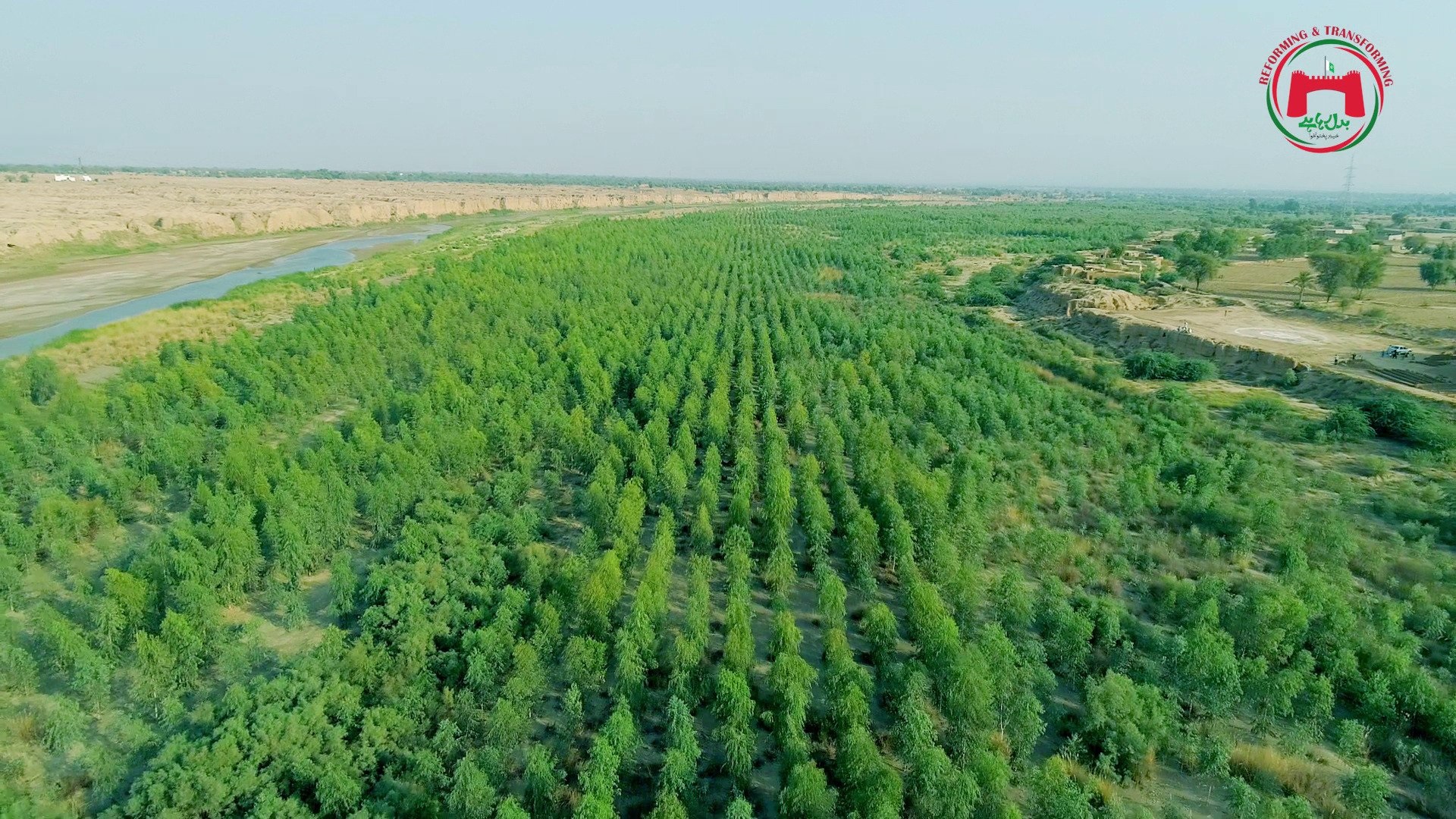 On 2 September 2011, Germany and IUCN (International Union for Conservation of Nature) hosted and launched “The Bonn Challenge.” The Bonn Challenge is the global effort to restore 150m hectares of the world’s degraded and deforested lands by 2020 and 350m hectares by 2030.

The fight against climate change and economic crisis go hand in hand. The global effort, if implemented successfully, can help to overcome both. According to an estimation, The Bonn Challenge will create nearly $84 billion yearly to combat the economic crisis in rural areas. After that, we will also reduce carbon dioxide emissions up to 11-17%, which will help fight against climate change.

Plants and forests play a significant role in overcoming the drastic effects of toxic gases and ultimately controlling global warming. Unfortunately, Pakistan’s total forestland ranges between 2% and 5% of the land area. It is below 12%, which the United Nations recommends. Hence, Pakistan is enlisted as a seventh country most likely to be affected by climate change. It was high time for Pakistan to show efforts as a response to the crisis of climate change.

Read More: The glaciers of Pakistan will melt by 2035.

Fortunately, in 2014, the political party which governed KP (2014-2018), the Pakistan Tehreek-e-Insaf, jumped into the global fray and joined The Bonn Challenge.

The Billion Tree Project is a drive to plant trees and to restore degraded land across Northwestern Khyber Pakhtunkhwa Province of Pakistan. This article discusses the initiative, implementation and benefits of Billion Tree Tsunami Project.

The initiative by the Government and involvement of Private Parties

In 2014, the KPK’s provincial government, Pakistan Tehreek-e-Insaf, led by Imran Khan, initiated the Billion Tree Project. The restoration drive pledged to restore 350,000 hectares of forest and depleted land in KP from 2014 to 2018.

Thankfully, the teamwork between the political party, the forest department, private parties, and stakeholders resulted in the project’s successful implementation.

Thus, in August 2017, the BTTAP planted the last tree and completed the project successfully, months ahead of time. It restored 350,000 hectares of forests, degraded land and surpassed The Bonn Challenge Commitment. Now, the hills of the KPK are looking green and beautiful with new trees.

Usually, the government-funded project consistently exceeds its budget limit. However, this time the govt efficaciously saved up to RS 8 billion, which is an anomaly in itself, pointed Malik Amin Aslam.

The BTTAP efficiently achieved its target by amalgamating protected natural regeneration (60%) and planned afforestation (40%). The BTTAP project of tree plantation in Pakistan was based on four strategies,

2. Avoiding corruption and maintaining a high level of transparency.

3. Stabilizing the local economy by making this a people-centered program.

4. Safeguarding stapling and forests by keeping eyes on the powerful timber “mafia.”

Billion Tree Project and its effect on the local economy

Firstly, the program gave birth to 13,000 private tree nurseries, then the govt recruited Nighabaans, employed the contractors, and hired the laborers for afforestation activities. Hence, it boosted local incomes, generated thousands of green jobs, and empowered unemployed youth and women in the locality.

As if that is not enough, the millions of trees planted by BTTAP in Pakistan’s Changa Manga Forest 5 years ago have matured now. They are yielding sweeter side effects – aiding in local bee population and honey production in the area. It enabled Pakistan to export honey worth 966 million rupees, which is about 260 million rupees more than the previous year.

Billion Tree Project and its effect on the environment

In the last few decades, the terrestrial environment of Khyber Pakhtunkhwa has undergone tremendous destruction. The felling of trees, water scarcity, and fire caused deforestation in KPK, which resulted in food scarcity, flooding, and barren lands.

However, now, the landscape of KPK has been transformed dramatically since the provincial government instigated BTTAP to restore environmental conditions.

The government claims that trees planted over 350 million hectares will generate about 170 billion USD annually in net benefits from forest products, improved crop yields, and watershed security and could confiscate up to 1.7 gigatonnes of CO₂ yearly through new tree plantations.

The successful implementation of the Billion Tree Project impelled Pakistan’s federal government to launch its own Green Pakistan Programme, aka Plant 4 Pakistan. After forming the federal government in August 2018, PM Imran Khan decided to expand the BTTAP by planting 100 million trees in five years (2018-2023) nationwide.

Thus on 2 September 2018, the Prime Minister of Pakistan initiated the 10 Billion Tree Tsunami Programme. This program’s main objectives are to revive Forest and Wildlife resources in Pakistan, encourage eco-tourism, and to create job opportunities in rural areas.

And the 10 Billion Tree Tsunami Programme already walked the talk by planting approx. 1.5 million trees on the very first day.

Yet, in 2020, the government has to halt the program because of the Covid-19 pandemic. Fortunately, soon under the 10 Billion Tree Tsunami Programme, the forest and wildlife department tripled its number of workers to 63,600. It provided people the opportunity of green jobs through the green stimulus to 84,609 daily wagers.

The 5-year plan of tree plantation in Pakistan received funding of Rs 7.5 billion ($46 million). The workers planted Mulberry, moringa, acacia, and other indigenous saplings during the initiative.

Initially, the KPK government devoted $123 million in funding to support tree plantation in Pakistan through Billion Tree Tsunami. Later it allotted an additional $100 million to maintain the project through June 2020. It is the largest eco-investments ever made in Pakistan.

By now, we can easily conclude that the tree plantation drive in Pakistan will address the economic crisis, water and food security, and, most importantly, climate change. Moreover, the restoration of millions of depleted and degraded land areas will help in the sequestration of many million metric tons of CO₂, which will effectively reduce the current emission gap. Furthermore, the Pakistan Government-initiated programs augment international commitment to fight against climate change and pollution by planting trees. 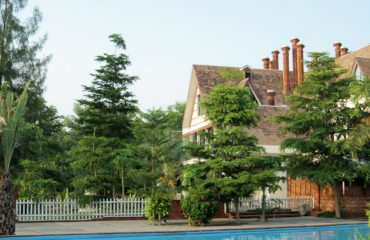 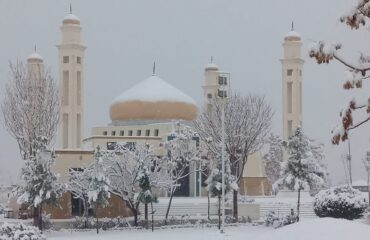 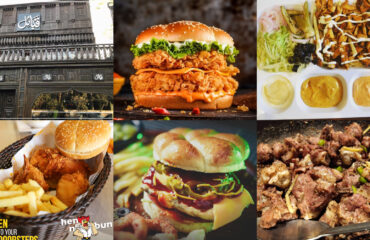