Despite the rapid industrialization and infrastructural transformation over the years, Lahore is still privileged as a home to historical masterpieces. Through the years, this provincial capital has become abundant with pride for securing the antique display beauty of ancient landmarks which are standing like icons and narrating their classical stories. With a strong modification strategy, these monuments have wore a new look on their actual ancient base.

Be ready for a ride to experience; how incidents, events and occasions have transformed these iconic monuments over years.

Now, Lahore has occupied new and unbeatable identity. It’s the Greater Iqbal Park where history and future have been put together. It’s a huge area of 125 acres which has agglomerated major iconic landmarks at one place.

If we introduce these monuments then no doubt, Minar-e-Pakistan has been too loveable destination for the people of Pakistan. It’s a remarkable place which always makes us recall the event of Pakistan resolution. Badshahi Masjid is the most beautiful and distinct mosque of Pakistan, commissioned by Mughal Emperor Aurangzeb in 1671. _ If we talk about Lahore Fort; having a treasure trove of historical asset; is standing as a mini city of Mughal empire, narrating all the happenings of that time. _ And of course, Tomb of Allama Iqbal (the poet of East and inspiration of Pakistan). Now, all are in conjunction and can be accessed by entering a gate.

The Prime Minister of Pakistan, Nawaz Sharif has recently inaugurated the Greater Iqbal Park on December 18, 2016. It’s simply tremendous which is entertaining the visitors with adorable artificial lake, colorful 800 feet-long dancing fountains, food court, open-air gym and much more. Well, it’s time to take over the experience of visiting one of the greatest and unique parks throughout the Subcontinent.

To review the historical context, Tollinton market was established under the auspices of Queen Victoria in 1864. Later on, British Raj used it as the outlet of industrial exhibitions. After it was entirely changed and became a commercial market.

The most significant spot to cater crucial Governmental meetings and affairs, Assembly Hall was built in 1935. With the passage of time, this landmark experienced additional memberships, especially in 2002. Regarding the need, another building became its permanent part also they managed to build member assembly hostels and also area around it has been cordoned off due to security reasons.

Walton airport in Lahore is located in Model Town, 10 km from the centre city. It’s a kind of small airport and serves as a flying club. Also caters the local flights within the region of Pakistan.

Although, Walton airport was the main airport of the city at the time of Pakistan’s independence. But later on it was felt that it’s not able to bear the load of all national and international flights and jet aircrafts too.Then a brand new building came into being in 1962. The Government of Pakistan introduced wider airport in the outer city.

With the passage of time, this building also failed to meet the needs of air travel. At that time, prime minister Navaz Sharif commissioned another building at the opposite side which was inaugurated in March, 2003 by the next prime minister General Pervez Musharaf. Now, finally having new terminals; Lahore is experiencing one of the busiest airport of Pakistan, known as Allama Iqbal International Airport.

Lahore is privileged with Chauburji, the gem in Mughal’s remarkable architectures. It’s an attractive monument has 4 towers (burj) that’s why called Chauburji. It’s prior look was quite ancient but just a few years ago, its surroundings have been modified well and encircled this iconic monument in roundabout to control traffic flow.

Now again, its going under major  transformation and becoming a part of Lahore Metro Train Orange Line, as construction work is in progress to build lanes there. After all once it was one of the top icon of the Lahore city.

The garden exists from the Mughal era and was surrounded by many other gardens. Later on, they were changed into residential area. In,1981, Shalimar Garden became a part of UNESCO world heritage. This masterpiece was commissioned by Shah Jahan. The Garden is distinct in its beauty and has experienced an outlook renewal to become more versatile and continuos rehabilitation work to keep it intact.

As the Mall Road is changed now; Lahore High court building is standing among the other historical buildings. High court was first built in 1919 and is now done with its new and wonderful look.

Today, Lawrence Garden has two libraries, Qaid-e-Azam Library and Darusalam Library are really renowned among national and international visitors. It’s historical background narrates that garden was established in honor of Sir John Lawrence and Sir Robert Montgomery. The place was a complete workout and entertainment spot. Especially it had a Lahore Gymkhana in it which is now situated on Mall road near to Canal Bank road.

Well that’s all about the transformation within the walled city of Lahore but not all forever. You will experience many other new add ons regarding infrastructures gradually. As Government has several plans to accomplish in future.

We always look forward to your feedback and any other happening you want to share regarding above niche. So, leave in comment… 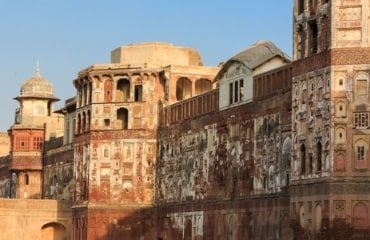 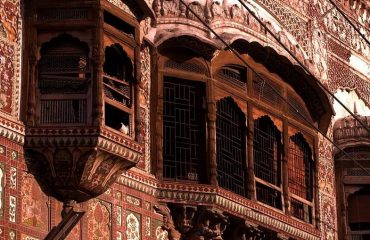 Havelis of the Walled City of Lahore 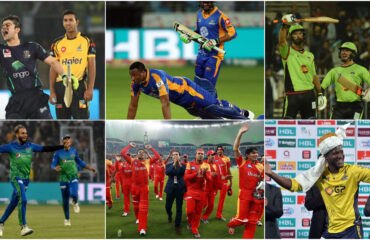