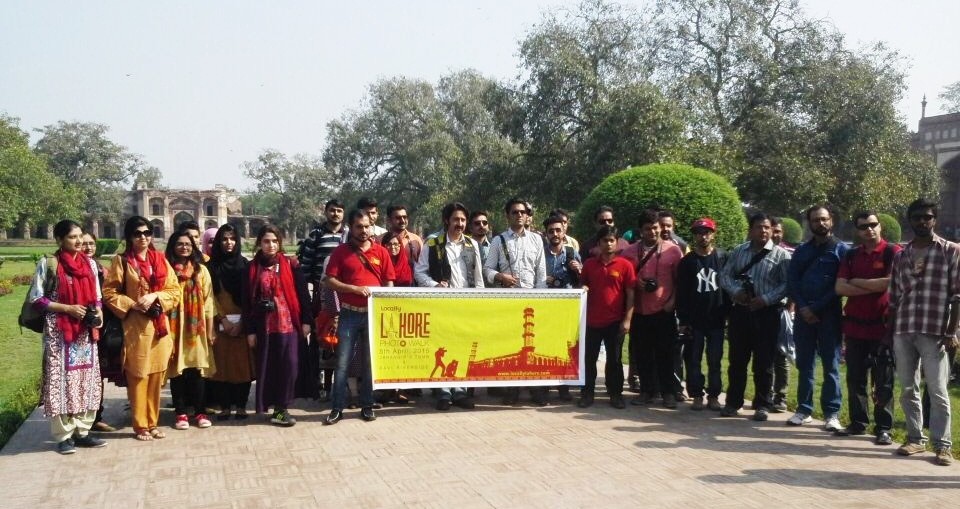 Locally Lahore Team organized its 2nd exploration tour & photo walk off the year 2015 spring season to promote Lahore’s tourism and historical importance. The main location of the tour was Jahangir’s Tomb which is a mausoleum built for Jahangir, who ruled the Mughal Empire from 1605 to 1627.

This event was meant for general public, student groups, tourists and photographers who are having the interest in history. The event starting time was 8:15 AM on Fort Road Food Street, Badshahi Mosque. But because of some parking issues, the event started around 9:00 AM. It was the full sunny day. When everyone was there, Adil Lahorei elaborates them the complete plan of the tour in 5 minutes and then we all prayed to have a safe and successful tour. There we had a group photo, outside the Badshahi Mosque. Then we all settled ourselves into the coaster and left for the location. We all had ‘Khalifa’s Sweets’ during the journey. There were more than 40 participants in this event. All the participants were energetic and fun loving. They cooperated with the team very well. Every member got a ‘coupon ticket’ which was used in tea, lunch and gifts process.

We reached Jahangir’s Tomb around 9:20 AM. On entrance, Adil Lahorei described the history of the tomb and the historical value of the place. The walk was lead by one of the best photographer of Lahore Sir Abbrar Cheema. Who has a strong foundation in Art, Creativity, Photography, Multimedia productions, Documentary making, Commercial Art and computer applications complemented by knowledge of business operations and the need for customer-focused service. We took a group photo on the entrance and started visiting the places. The climate was very hot and sunny. Everyone was busy in taking photographs. Then everyone was told to have tea at 10:30 AM on a specific place where the Locally Team arranged the tea. The region was a “favorite spot” of Jahangir and his wife Noor Jahan, when they lived in this city. The tomb, along with the adjacent Akbari Sarai and the Tomb of Asif Khan, is on the tentative list as a UNESCO World Heritage Site. After the Taj Mehal, Emperor Jahangir’s tomb is well known for its beauty and texture which also is a living example of taste and sense of the beauty of King Shah Jahan. The building of Jahangir’s Tomb is constructed at 5 feet high platform, 267 feet in square. The exterior of the monument including the lowest stage of the towers has red sandstone. There are 5 floored nearly 100 feet high octagonal minarets . We saw a beautiful view of Lahore city from the minarets. Amulet of the grave is located in the center of the building. This has been surrounded by rooms whose total number is 40. Every room has a corridor ahead. Important thing is that every room has the different design of corridor. In these rooms, Hufaaz and Islamic Scholars were living who were reciting Quraan in Mughal era, in order to reward the King Soul. Amulet of the grave is built on 13 feet long and 9 feet wide platform. The platform of the grave is made at 12 1/2 feet height from the ground. Marble grave is engraved with the 99 attributes of ALLAH. Verses of Quran engraved on Head side while feet side registered: Aillah Hazrat, Gufran-e-Pannah, The king of India, Noor-u-Din Muhammad Jahangir AH 1037″ The entrance to the Jahangir’s Tomb is through two massive gateways of stone and masonry opposite each other which lead to a square enclosure known as the Akbari Serai. This enclosure leads to another one, on the Western side, giving the full view of the garden in front of the mausoleum, which is traversed by four bricked canals proceeding from the center, and in which many fountains were placed which are now ruined. The corridor around the mausoleum is adorned with a very elegant mosaic, representing flowers and verses from the Quran. The mausoleum is a building with one floor. The ground floor has a square shape. Its structure consists of a platform with a tall, octagonal tower and a projecting entrance in the middle of each side. The exterior of the mausoleum, including the lowest stage of the towers, is clad with red sandstone facing with rich panel decoration inlaid with marble decorative motifs.

The four minarets  of the tomb, with the white marble cupolas, rise in five stages have a zigzag inlay of white and yellow marble. The building is divided into a series of vaulted compartments. The interior is embellished with floral frescoes with delicate inlay work and marble of various colors. Inside the mausoleum is the white marble cenotaph with its delicate and colorful Petra dura flowers. The interior of the mausoleum is an elevated sarcophagus of white marble, the sides of which are wrought with flowers of mosaic in the same elegant style as the tombs in the Taj Mahal at Agra, India. On two sides of the sarcophagus, the ninety-nine attributes of God are inlaid in black. It was a beautiful place. Everyone enjoyed the tour and got fresh photographs of that place. After complete view of tomb we all came back for lunch at 12:30 PM. After Lunch, Sir Abbrar Cheema shared his experience of working with all of us and also gave advice and tips for Photography. The sun was at its peak and it was too hot. We did lunch and moved for ‘Tomb of Asif Khan’. Asif Khan was the brother of Empress Noor Jahan, and father of Arjumand Bano Begum, who became the consort of Shah Jahan under the name Mumtaz Mahal. In 1636, he was elevated as Khan-e-Khana and commander-in-chief and a year later became the governor of Lahore. Asif Khan died on 12 June 1641 in a battle against the forces of rebel Raja Jagat Singh. His tomb was commissioned to be built in the Shahdara tomb complex in Lahore by Shah Jahan. It was built to the west of the tomb of Jahangir, facing it. It took four years and was completed in 1645 at a cost of 0.3 million rupees. The main chamber is of octagonal plan, with a large central double-layered bulbous dome. It stands in the center of a large Mughal garden, which is divided into four squares. Octagonal tombs were never used for emperors but they were commonly employed for the burial of high-ranking noblemen such as Asaf Khan. The bulbous dome that crowns the tomb is an innovation of Shah Jahan’s era that was used to great effect at other sites such as the Taj Mahal. The tomb is built entirely of brick. The floor of the platform on which the tomb stands was created in Sang-e Abri, while the outer walls were covered with red sandstone. Each side has a deeply recessed iwan, or alcove, with a door and arched window looking into the tomb. The exterior originally was adorned with marble stone inlay work and veneered with stucco tracery, and blue Kashi tiles typical of Lahore. The floors were decorated with marble, inlaid with precious stones. The interior was renowned for its lavish use of white marble and precious stone inlay, which has since disappeared. The inner dome ceiling is decorated in a high plaster relief of interlacing patterns, but much of it has fallen off. The tomb contains the marble cenotaph, carved with inscriptions from the Qur’an, similar to that in Emperor Jahangir’s adjacent tomb. After that, we moved to Ravi Riverside about 3:15 PM. The weather was quite pleasant that time as cool breeze was blowing. We reached Ravi at 3:35 PM and spent almost an hour there. Candidates took pictures there and some enjoyed the view of Ravi and I was one of them. Then after one hour we moved back to the Food Street and dropped all the participants there.

It was an awesome and energetic event. Start time was disturbed but Locally Team managed it very well. Thanks to all the Participants who joined us and made this event successful. For more Pictures, you can visit ‘Locally Lahore’ photo album Jahangir’s Tomb & Ravi Riverside Photo Walk 2015 on Facebook. 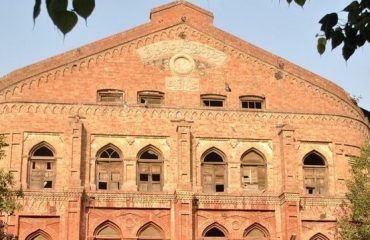 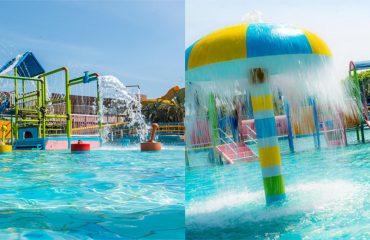 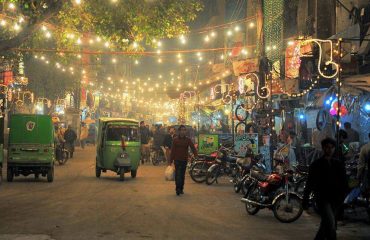 Sneak Peek at History: Life in the Walled City of Lahore