Mughal gardens are a group of gardens built by the Mughals in the Persian style of architecture. This style was heavily influenced by the Persian gardens particularly the Charbagh structure. Significant use of rectilinear layouts are made within the walled enclosures. There are some of the typical features include pools, fountains and canals inside these Mughal gardens of Lahore.

Chauburji Lahore is a monument which has four towers and due to these towers it is called as Chauburji in the local language. Four means char and tower means burj. Basically, it was an entry point to a Mughal garden which was built by a woman Zeb un Nisa. She was the daughter of Mughal ruler Aurangzeb Alamgir. It is constructed in the year 1646 and it was a typically Mughal style’s building. The unique feature of this structure is its minarets. The first time you will see that they are not like the other minarets as they are wide from the top. Red bricks were used in this structure just like the Royal Mosque and Royal Fort of the Lahore. One of its minarets damaged badly by an earthquake in the year 1843 and collapsed on the ground. It was the north-western side which was restored later on. It was a lush green area of the Lahore city but all its greenery has been disappeared from its soils. It is just a roundabout now to facilitate the traffic and shows the view of an old structure. There are very less of items are still retains like the enamel’s tile. These tiles were used in its decoration with the blue ceramics and Arabic words. The night view of the Chauburji Lahore is not very impressive as a huge number of peoples use it for sleeping. There is no control over the peoples for entrance so a large number of peoples use it for sleeping purpose.

Lahore Fort also known as Shahi Qila is located in the north-western corner of the historical city of Lahore. Though irregular in the scheme the fort measures about 427 meters east-west and 335 meters north-south excluding the fortification wall added later during the Sikh rule of Maharaja Ranjit Singh (1799 – 1839 A.D). The chequered history of the fort is a living witness of the zenith and nadir of the Mughals, the Sikhs, and the colonial rulers. The art of the fort building reflects a series of monuments from Emperor Akbar (ruled: 1556 – 1605) to the Aurangzeb (ruled: 1658 – 1707 ).

The court of Emperor Akbar occupies the southeast area of the fort but most of the building have been extinct and the Masti / Akbari is still facing the Maryam Zamani Mosque. The northern half of the fort with its architectural beauty is divided into six quadrangles; from Akbari Gate to Shish Mahal. The strategic location of Lahore city between the Mughal territories and the strongholds of Kabul, Multan, and Kashmir required the dismantling of the old mud fort and fortification with solid brick masonry. The structure is dominated by Persian gardens influence that deepened with the successive refurbishments by subsequent emperors. The fort is clearly divided into two sections: first the administrative section, which is well connected with main entrances, and comprises larger garden areas and Diwan-e-khas for royal audiences. The second – a private and concealed residential section – is divided into courts in the northern part, accessible through ‘elephant gate’. It also contains Shish Mahal (Hall of Mirrors of Mirror Palace), and spacious bedrooms and smaller gardens. On the outside, the walls are decorated with blue Persian kashi tiles. The original entrance faces the Maryam Zamani Mosque, whereas the larger Alamgiri Gate opens to the Hazuri Bagh through to the majestic Badshahi Mosque.

Shahdara can be translated as “the way of kings”. Shah translates as “king” and dara translates as the way of kings. In the 15th century, Shahdara was the entrance gate of the Lahore and Mughal Emperor. It hosts several historic Mughal architectural sites. These include the Akbari Sarai, the Tomb of Jahangir (who was the Emperor from 1605 to 1627), the tomb of his consort Nur Jahan, as well as the tomb of his brother-in-law Asif Khan. Shahdara Bagh is also home to Kamran’s Baradari (Kamran Ki Baradari). Although this site was originally built on the Ravi River bank, the river changed course, covering the site near the Ravi Bridge. Shahdara is divided into old and new towns. Shahdara served two functions in the early Mughal period. One was a halting place for the Mughal camp after crossing the Ravi along the road from Lahore towards Kashmir, Kabul, or the hunting grounds of Sheikhupura. The other was a recreation zone across the river from the Lahore citadel. Apart from Mirza Kamran’s garden, Nur Jahan also built a splendid Dilkusha ( contentment) garden in the area.

Between 1527 and 1645, Shahdara experienced an extraordinary transformation of land use, whereby its character changed from a site for pleasure gardens to a royal funerary landscape. The royal tombs of the fourth Mughal emperor, Jahangir (d.1627 at Rajauri and buried in the Dilkusha garden), his brother-in-law Asaf Khan (d. 1641), and his wife, Nur Jahan (d. 1645), were constructed within close proximity to each other. The relationship among the three tombs and serai is unique in that it is unmatched by that of other Mughal funerary complexes, where one garden usually dominates the area, and the spatial relationships among gardens are less evident.

The Shalimar Garden is a Persian garden and it was built by the Mughal emperor Shah Jahan in Lahore, modern day Pakistan. Construction began in 1641 A.D. and was completed the following year. The project management was carried out under the superintendence of Khalilullah Khan, a noble of Shah Jahan’s court, in cooperation with Ali Mardan Khan and Mulla Alaul Maulk Tuni.

Shalimar Garden was built by Mughal emperor Shah Jahan in Lahore in 1642. To irrigate the Garden, a canal named “Shah Nahar” meaning Royal canal, was brought from a distance of over 160 kilometers. The canal intersected the Gardens and discharged into a large marble basin in the middle terrace. From this basin, and from the canal, rise 410 fountains, which discharge into wide marble pools. It is a credit to the creativity of the Mughal engineers that even today scientists are unable to comprehend how the fountains were operated. In 1981, Shalimar Garden was included as a UNESCO World Heritage Site along with the Lahore Fort. Originally, the gardens had seven ascending terraces, but now only three remain spread over an area of about 42 acres. There is a marble pavilion under which water flows and cascades down over a carved, marble slab creating a waterfall effect. Across the waterfall is a marble throne. At the end of the second terrace is a beautiful structure called Sawan Bhadon. Shalimar Garden, also written Shalimar Garden, was built by the great Mughal emperor Shah Jahan. Construction began in 1641 A.D. and was completed in a year. Shalimar Garden is a great example of Mughal architecture. There are three successive terraces in the middle of the garden, raised one above the level of the other by a height of 12 or 15 feet (4 or 5 m).

These terraces were named as:

Garden lies 10 km north-west of Old Delhi, and is one of the important Mughal gardens in the city.garden lies of the suburbs of the city and fascinates most of the travelers from all across the city. According to the legend, Aurangzeb was crowned emperor here in the year 1658.

Tomb of Jahangir is the mausoleum built for the Mughal Emperor Jahangir who ruled from 1605 to 1627. It’s located in spacious walled Garden of Empress Nur Jahan called Dilkusha at Shahdara on the bank of river Ravi, three mile northwest of the town. This tomb was built and completed by Emperor Shah Jahan at the cost of ten lac of Rupees in 1637 A.D. The tomb is a monument of surpassing beauty, the finest ornament of Lahore and the more magnificent Mughal edifice in the Indo-Pak Sub-continent after the Taj Mehal at Agra. The mausoleum features prominently on the Pakistan Rupees 1,000 denomination bank note. The mausoleum, a single story structure, square in plan, consist of a platform with tall octagonal corner towers and a projecting entrance in the middle of each side. The exterior side of the monument including the lowest stage of the towers has a red sandstone facing with rich pandal decoration inlaid with marble decorative motifs. The four corner-towers, with white marble cupolas rise in five stages to a height of 100 feet with a zigzag inlay of white and yellow marble. The building is divided into a series of vaulted compartments. The interior is ornamented with floral frescoes delicate inlay work pietra dura and brilliant marble intersia of various colors. The marble cenotaph with its delicate and colorful pietra dura is engraved with the ninety-nine attribute of God. Presently, the tomb gardens are used to play cricket and also serve as a picnic spot for families visiting from various surrounding areas. Though the tomb lies in poor state with its facade falling out, no one is really concerned about this great treasure we own.

This is the pavilion of Maharaja Ranjit Singh. It is also known as the Baradari of Ranjit Singh, another structure of the historical city of Lahore. It is in the center of Great Shahi Mosque and Shahi Fort (Lahore Fort) of Lahore city. It is and enclosure between the two historical places. It is on the premises of Hazuri Bagh and surrounded by a small wall. This baradari is a place which has 12 doors and it was a two story building.

In the 19th century which was the last time of MughalcEmpire Sikh captured this city for few decades. Ranjit Singh was the Maharaja of Sikh community. The city of Lahore got Capital status of the Sikh Kingdom later on British took the charge. Maharaja ordered for its construction and it was a place where he enjoys the evenings, dance of Tawaifs and also attends his audience. An upper floor of this structure got damages in a strong storm. Few of writers claim it as a piece of Mughal Era but most of them are agreed that it belongs to the Sikh Kingdom. Hazuri Bagh is a lush green garden which provides sitting place to the citizens of Lahore. Faqir Aziz ud din took a major role in the construction of this Hazuri Bagh and he lived near the Bhati gate. It reflects the typical Mughal style. Jamadar Khusal Singh and Khilafa Noor ud din were few other names who constructed it.

By the passage of time this area got damages which were not repaired or reconstructed again. In the evening the poets of the country get to gather at this point and present their poetry. On every evening of Sunday local folk music is also presents to the audience. Once it was a place where Mughal King gave the briefing to their troops.

The Mughals are known for their love for beauty and nature. The Mughals were infatuated with gardens, forts, mosques and mausoleums, where they lived they erected a structure in any of the above form. Hiran minar is a different construction from all of Mughal places and a unique one within its theme and concept.

You can discover more parks and many more places of Lahore city on Locally Lahore App. Locally Lahore is a must have App, which allows you to explore Lahore and it covers up your all point of interest. It gives you information about latest events and happenings in Lahore. 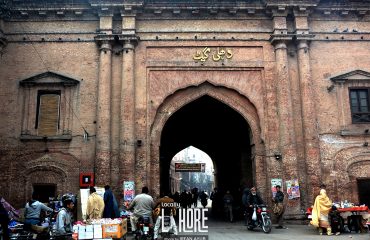 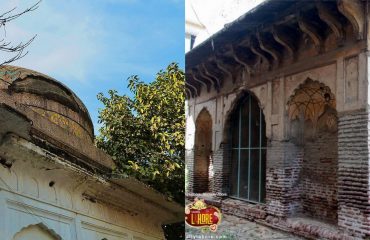 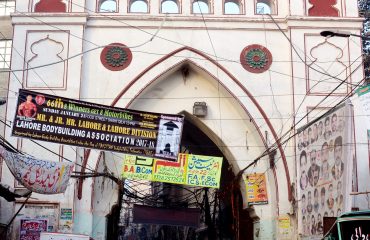